BackWPup release 4.0.0 is now in our shops! In this new version, we added new classes and fixes for the Destinations; our goal always is to be up-to-date with the status of art of some of the Destinations with which BackWPup can work.

There are improvements in some features now and several fixes. You can take a closer look at some of this new version’s changes in this post.

Previously a bug in S3 blocked the data download when using the predefined region for the service. This bug has been fixed.

Regarding other destinations, our developers performed several fixes: on SugarSync and MS Azure, download problems have been solved.

The BackWPup encountering issues when saving the backup to Dropbox, causing the upload to fail due to more than 50 files being stored and running out of memory, has also been properly resolved.

Finally, authentication and connection issues have also been spotted and solved in OneDrive and HiDrive destinations.

If the user’s FTP server is behind a firewall, it will often give an address for passive connections like 0.0.0.0.

PHP will trust this address, so connections will fail because it can’t connect to that address.

We’ve now created a filter called backwpup_ftp_use_passive_address, which allows setting the FTP_USEPASVADDRESS option to false, which will ignore the passive address given.

Now a unique IV is generated with each encryption, making the process more secure and the data encryption safer and stronger to eavesdropping and decryption attacks.

Here follows the changelog for the BackWPup Release 4.0.0:

Did you find another bug in BackWPup? Please let us know over at Github 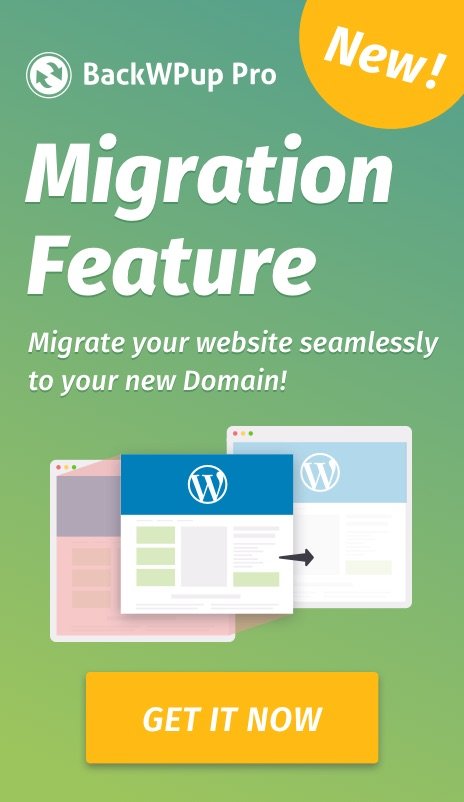 Need help?
If you purchased BackWPup Pro, please login with your credentials on our Support page.
If you are a free user, please open a ticket on wordpress.org.

You can find out more about which cookies we are using or switch them off in settings.

This website uses cookies so that we can provide you with the best user experience possible. Cookie information is stored in your browser and performs functions such as recognising you when you return to our website and helping our team to understand which sections of the website you find most interesting and useful.

Strictly Necessary Cookie should be enabled at all times so that we can save your preferences for cookie settings.

If you disable this cookie, we will not be able to save your preferences. This means that every time you visit this website you will need to enable or disable cookies again.

This site uses Google Analytics, Hubspot, Facebook pixels and Twitter pixels to collect anonymous information such as the number of visitors to the site and the most popular pages.

Please enable Strictly Necessary Cookies first so that we can save your preferences!